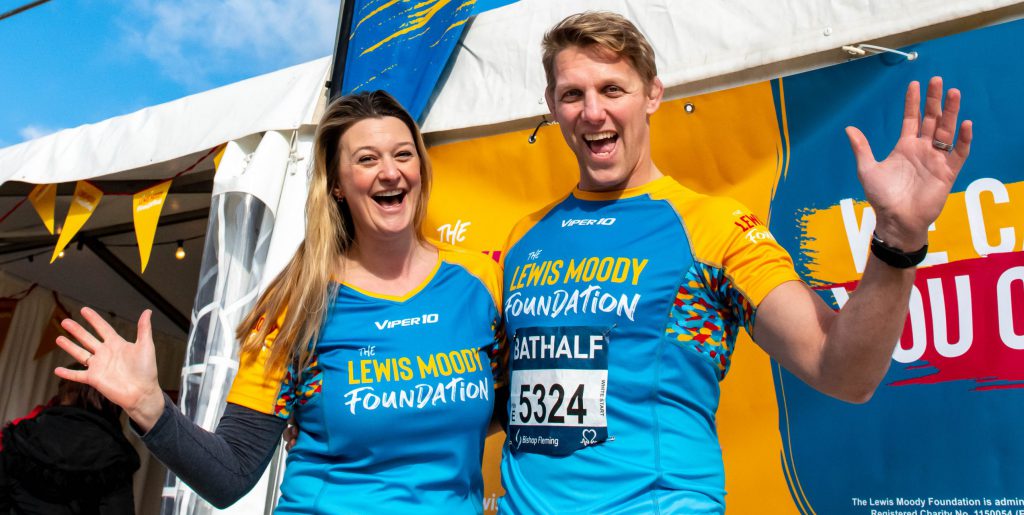 Reaching the £1million mark is the culmination of four years of fundraising by England Rugby legend and his wife, Lewis and Annie Moody.

Since it started in 2014, The Lewis Moody Foundation has inspired hundreds of people to get involved to raise money for others through individual events and team challenges.

Lewis said: “I am immensely proud and humbled by the challenges our community have risen to in reaching this incredible target.

“I’ve been joined by scores of people as we trekked to the North Pole in headnorth, cycled from Vietnam to Cambodia in headeast and crossed treacherous terrain from east to west Costa Rica in headwest.

“So many people have taken on their own challenge for us. We could not have reached this milestone alone and most importantly, we know that every penny raised is making a difference to families affected by a brain tumour now and in the future.“

Over the last four years The Foundation has inspired:

In turn The Foundation has:

Lewis said: “I met and then lost a young friend, Joss Rowley Stark at around the time injury forced me to retire from Rugby. Joss had just turned 16 when he died and his death had a huge impact on me.

“My wife and I were inspired to do something to help other young families going through devastating times and The Lewis Moody Foundation was born.

“We work closely with The Brain Tumour Charity to raise money for special family experiences and research to ultimately help defeat brain tumours.

“Ever since I heard the horrifying fact that brain tumours are the biggest cancer killer of children and adults, I have strived to push myself to my physical limits to raise funds.

“It’s remembering Joss, and the lives of others that could be saved in the future that drives me forward and we’ve got a number of challenges planned for the coming year”

Joss’s parents, Graeme and Tiffany, and brother Leo said: “Three days before what would have been Joss’s 17th birthday in March 2014, we joined Lewis and Annie Moody at The Brain Tumour Charity’s offices to witness the formation of The Lewis Moody Foundation.

“In the years since then, the kindness and generosity of so many people who have given not only their money but so much of their time, none more so than Lewis and Annie themselves, has given us a great source of pride and inspiration.

“As a family, The Foundation has given us something positive to focus on whilst living with the devastation of Joss losing his courageous fight for life.

“The Foundation has made such a difference to others in this time and we know it will help many more in years to come.

“In the year which would have seen Joss turn 21, we know he would have been incredible proud of all that has been achieved in his memory and of The Foundation he inspired reaching the £1million mark.”

Oliver Highway and his 11-year-old son Elliot are one such family whose lives have been positively impacted when they attended one of The Foundation’s Family Days.

Oliver said: “What an experience it was, loads of fun activities to get involved with and the highlight was meeting our hero Lewis and his family.

“We also had time to speak face to face with families in similar situations and could listen and support each other.

“At the event I forgot about all the things that living with a brain tumour means I don’t or cannot do as well anymore. That is always a good and positive day for me.

“As we drove home Elliot and I had massive smiles on our faces from such a special day which has given us some great memories together.”

Oliver was diagnosed with a Grade 4 brain tumour in 2012. Since then he has had surgery and 53 sessions of chemotherapy which he will continue to have every five weeks for the rest of his life to try and prevent the brain tumour from growing.

Funds raised through The Lewis Moody Foundation help fund Family Days in partnership with The Brain Tumour Charity, pioneering new research into brain tumours, and the life-saving HeadSmart campaign which is working to reduce the diagnosis times of a brain tumours in children and young adults.