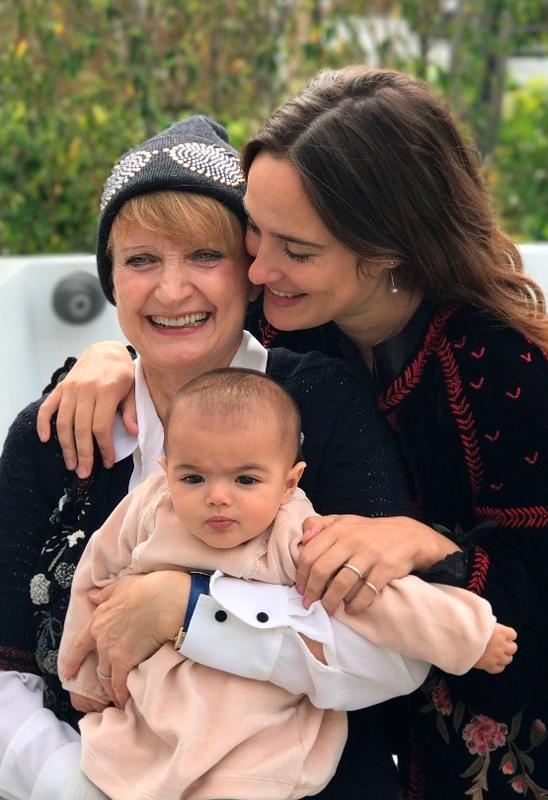 The former Cabinet Minister, who died in May a year after   she was diagnosed with brain cancer, campaigned tirelessly   during her final months to improve outcomes for others   with the disease.

The Brain Tumour Charity has invested £2.8m into the Tessa Jowell BRAIN-MATRIX, a trial aimed at radically increasing opportunities for brain tumour patients to try non-standard treatments. The Lewis Moody Foundation is backing the project, aiming to raise £250,000 from headsouth to help fund this vital work.

The UK-wide trial will be open to patients of all ages who are diagnosed with glioma, the most common type of primary brain tumour in adults. These include glioblastoma – the highly-aggressive form of the disease which took Tessa Jowell’s life.

The Tessa Jowell BRAIN-MATRIX will involve ten of the UK’s major brain tumour referral centres, which between them treat a total of around 1,500 glioma patients every year.

The majority of these are expected to be eligible to join the trial if they choose to do so.

The only glioma patients excluded will be those whose tumour is categorized as grade one (the slowest-growing form of the disease) and those who are judged unsuitable for surgery.

The aim is that every patient who enrols in the trial should have his or her tumour analysed in molecular detail within 21 days of surgery.

Those found to have a genetic mutation known as BRAF V600E – around 6% of all glioma patients – will be eligible to enter ‘Arm 1’ of the trial.

They will be offered treatment with two drugs which have already proved effective against melanoma (skin cancer) with BRAF V600E mutation that has spread to other parts of the body.

Participants whose glioma does not have this particular mutation will join ‘Arm 0’ of the trial, also known as the ‘platform’ or ‘backbone’ arm.

These patients will be grouped together according to similarities in the specific molecular characteristics of their tumour, paving the way for each group to receive more targeted experimental therapies as the trial progresses.

Such therapies are expected to become increasingly available over the next five years as evidence grows that drugs which are already used successfully to treat one type of cancer can be trialled safely in patients with other forms of the disease.

All patients in the ‘platform’ arm of the trial will undergo surgery to remove as much of their tumour as possible.

They will be closely monitored to assess the way they respond to the surgery, whether their cancer recurs and the impact of any second operation on their health and survival.

The trial will also:

Preparations for the Tessa Jowell BRAIN-MATRIX will begin formally in January 2019, with recruitment due to begin by January 2020 at the latest.

Jess Mills, Tessa Jowell’s daughter and co-founder/CEO of ACT For Cancer, The Tessa Jowell Mission for Change, said: “It’s a truly extraordinary thing that less than a year after the instigation of the Tessa Jowell Brain Cancer Mission, we are announcing the launch of the Tessa Jowell BRAIN-MATRIX – the first UK-wide trial designed specifically to improve access to adaptive treatments.

“This is the first huge step to bringing personalised, adaptive treatments to those diagnosed with brain cancer.

“This is a huge moment for patients, clinicians and the research and trials community. Mum would be bursting with pride, as of course am I.”