Continuing Joss’ legacy- a month of challenges in a day

7 years since Joss passed away, dad Graeme takes on a new challenge, in his memory, to #TackleBrainTumours.

Joss Rowley Stark was an inspirational young man and one whose bravery and strength had a huge impact on Lewis’ life and The Foundation’s creation. Their story began in 2012 when Lewis received a letter from Joss’ dad Graeme, asking if Lewis could do something to cheer Joss up during his chemotherapy treatment. After meeting and forming an incredibly strong bond, Joss sadly passed away in 2013, aged just 16, from his rare form of cancer.

Lewis said the impact Joss had on him was “more than I can ever convey”. “Joss helped me find a purpose which I had lost. The Foundation — and my future — was 100 per cent inspired by Joss, who fought cancer with courage and selflessness,”

Now, in the year of the 7th anniversary of Joss’ passing, his dad Graeme who wrote that original letter and began this incredible story, is taking on a whole new challenge in Joss’ memory.

“I have wanted to get involved in some of the amazing challenges that Lewis and The Foundation do, but needless to say I just wasn’t fit for purpose…” said Graeme. “However with the spirit of Joss behind me, just under a year ago I set out on a journey to try and change all of that.”

Inspired by his son, who battled through 19 rounds of chemotherapy and 54 sessions of radiotherapy during his treatment, Graeme is drawing on Joss’ strength and determination to drive him through his latest fundraising challenge. 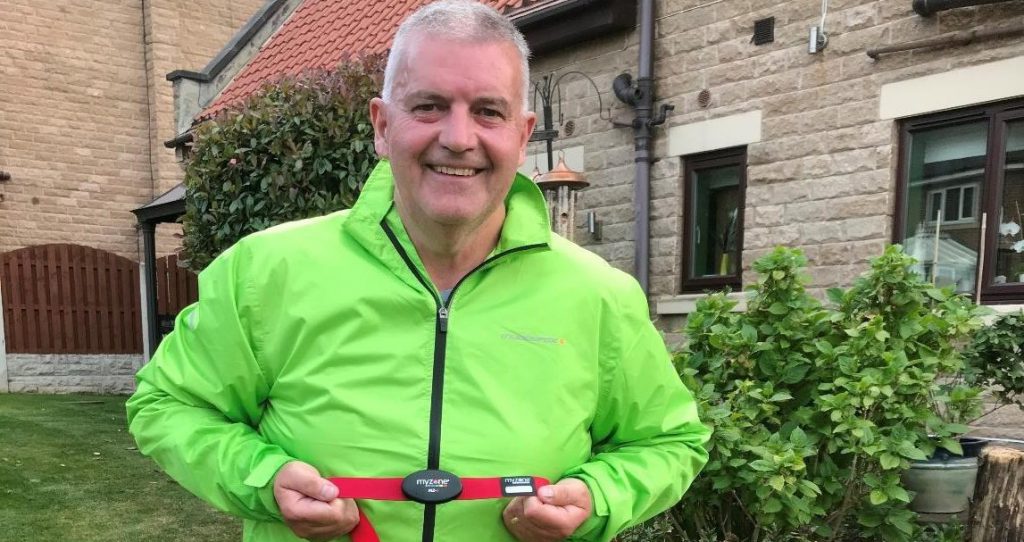 Telling us about how he came up with his idea, Graeme said “The Gym of my choice, ONE BODY ATHLETIC, have been doing on-line programs and challenges every day. However because of a couple of recent illnesses I have been unable to do any of the daily Challenges.”

“Whilst out on a recent walk I came up with the crazy idea of doing “A months’ worth of challenges in one day! So I set up a JustGiving Page and posted it out on Facebook.  It has very quickly jumped to £425 – so now I have to do it!”

“I am going to attempt to do a whole month of these challenges in one day, 30 in total,” Graeme told us. “For instance there’s 300 Press-ups, a 45 minute bike ride, 20 minute run, so as you can see they are quite challenging, especially together!”

Tackling his challenge this Friday 15th May at home with the support of his wife Tiffany and son Leo, Graeme will continue to raise money to support The Lewis Moody Foundation and the legacy his son left behind. We wish him the best of luck!

If you would like to support Graeme as he takes on this challenge in Joss’ memory, please visit https://www.justgiving.com/fundraising/graeme–starkyear7. Every penny raised, can help support vulnerable families affected by a brain tumour during this particularly difficult time.

Find out how your money
makes a difference