My inspiration to climb Mount Kilimanjaro for The Lewis Moody Foundation

Over two years ago one of the hardest challenges I have ever had to face took the floor from under me. One of my closest friends became unwell.

She was to and fro from doctors for a while trying to decipher the cause of the symptoms. To finally find out shortly before Christmas 2017, following a seizure that hospitalised her, that Debbie had a grade 4 glioblastoma multiform wild type unmethylated brain tumour. That was one thing about our Debs, she didn’t do things by halves. Of course, she had the worst kind.

The day we heard, her world shattered into tiny pieces and as hard as we tried to piece it back together and fix her, we could not. Debbie was rushed in for emergency surgery to remove the tumour.  I remember sitting in Costa Coffee for hours at Southampton hospital waiting to hear she was out of surgery. Thinking ‘this is Debbie, she is….in her own words ….’a god damn rugby girl’, she could tackle anything.’ That’s one of many things I loved about her, her absolute stubbornness and unwavering determination to fight and win…. there was no way this would beat her.

Chemo and radiotherapy followed, various trials in the UK and abroad, a further surgery due to a bone flap infection and another resection afterwards. She fought with strength and dignity, taking every opportunity to beat this ‘beast’ as she called it and all with a smile on her face hiding the fear and pain she was going through for the sake of her young daughters and those she loved around her. She was not giving up. She would never give up. 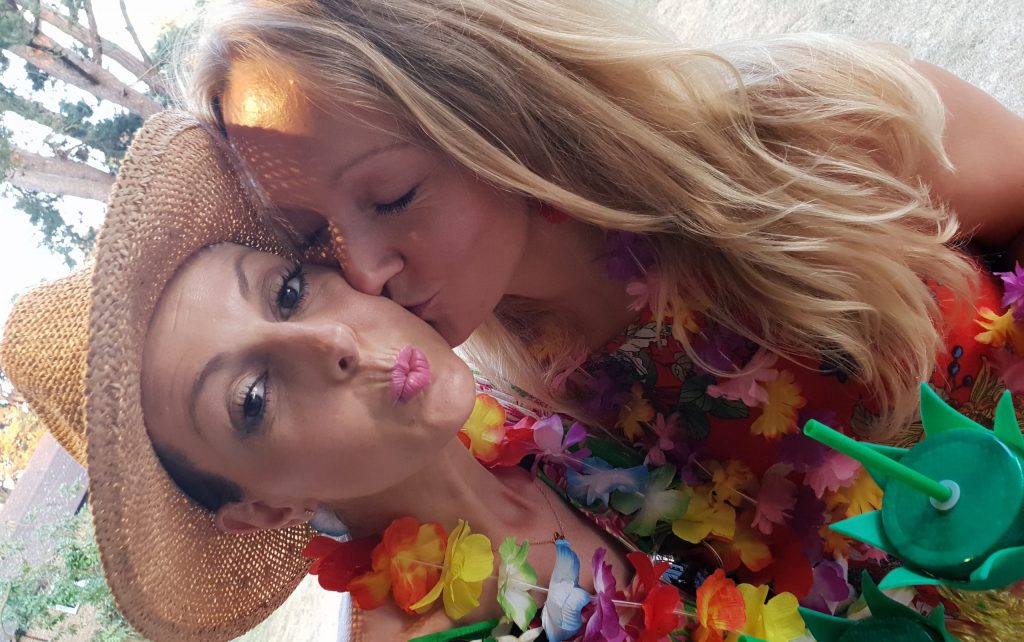 Deciding on a cause was easy, we wanted to do this in honour of Debbie and raise vital funds for The Lewis Moody Foundation and The Brain Tumour Charity. Debbie knew Lewis and Annie from university, so the final pieces were falling into place and following a long discussion with Jeremy Gane (Gane & Marshall), a little nervously we agreed on a new untrodden route to the roof of Africa.

The outpouring of fundraising and support was overwhelming and a testament not really to us but the person that inspired it.  When Debbie’s tumour returned in May 2019, at 6cm, it was inoperable, and she was told she may only have 6 weeks to 6 months to live. The fear of leaving her side even for a moment took over. So, climbing Kilimanjaro a matter of months later became a question mark. She encouraged me and insisted I go as she knew how important it was.  She was so brave.

Ten of us conquered Kilimanjaro in July 2019, with a support team of 44. Walking upwards of 7 hours a day, across all types of terrain in all types of weather. We walked above the clouds in high altitudes struggling with breath. Slept in tents in sub-zero temperatures in all of our clothes, waking up with frost on our sleeping bags. We slept in the jungle, desert and the bush and finally a very high camp before summit at 4800m. Summit day started at 4am and finished at 9pm. 8 hours of very steep shingle, then a trek across the volcano past glaciers and a vertical climb up to the summit all with limited oxygen but we did it! 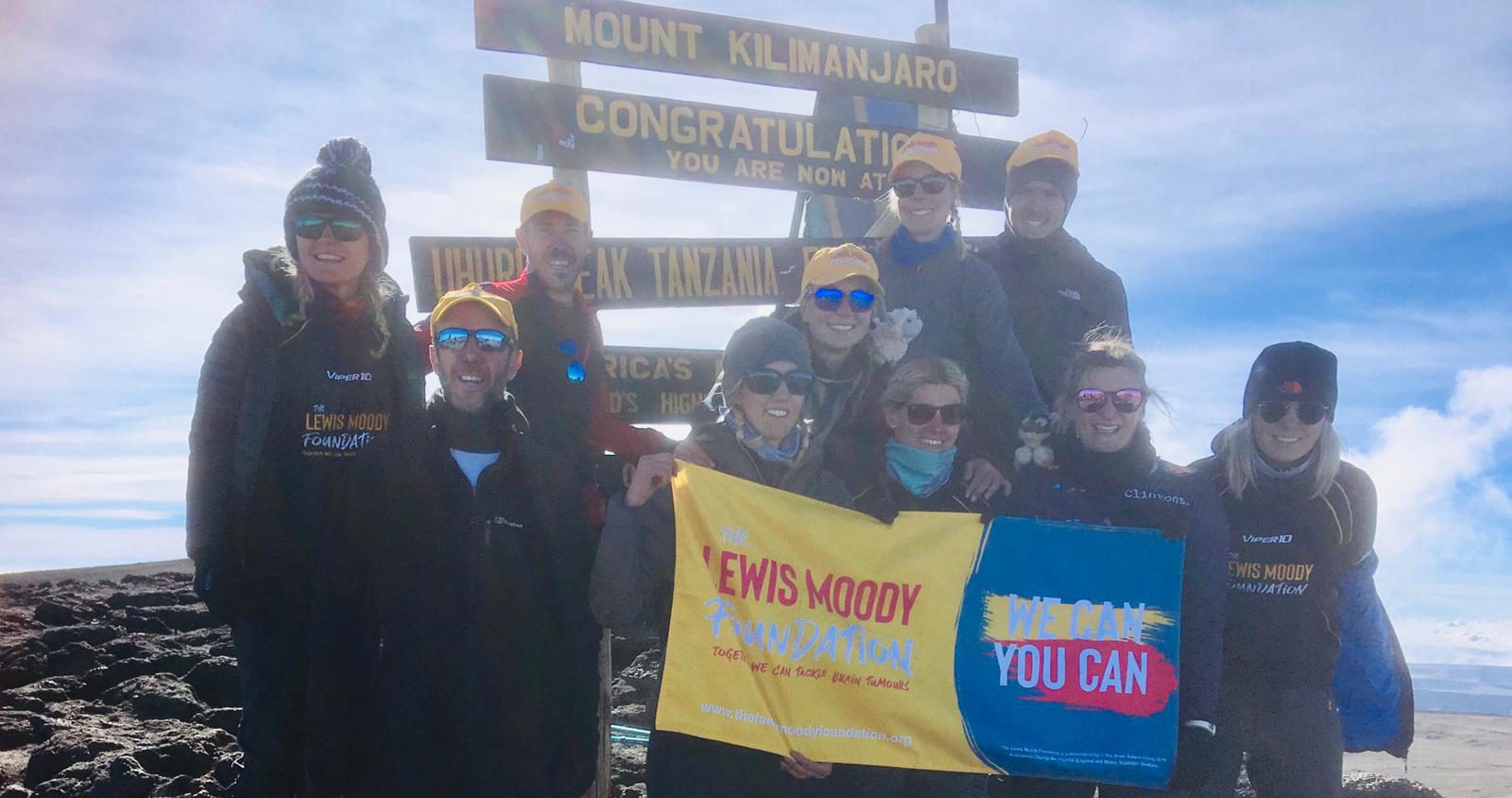 Team Kili inspired me, One Team One Dream.  Many tears were shed but completely outweighed by the laughter.  There was only positivity on that mountain, all motivated for one goal to reach the summit. When we stumbled there was someone to hold us up, when we didn’t think we could go on there was only support.  We would not give up, we would never give up, only positivity and sheer determination, just like our Debs.  To say this trip pushed us out of our comfort zone is an understatement. But we did it. We all felt broken, like we had been run over, but we all got better. Some do not.

On 28th August 2019 this world lost one of the best. So full of love, so full of energy and an infectious passion for life. She will live on in her girls. They are extraordinary and will make her proud every single day. She was a fundamental part of Team Kili and I carried her photo in my pocket to the roof of Africa wishing every step she could have been there with us.

These challenges run by the foundation are vital. The fundraising is necessary to help win the fight against brain tumours. Climbing Kilimanjaro was extraordinary. That mountain will always have a piece of my heart. Watching someone you love go through what Debbie did changes you. Kilimanjaro changed me. I would do it again in a heartbeat. So…book it, raise the funds, pack your bags and I promise you won’t regret it.

Together WE CAN tackle brain tumours 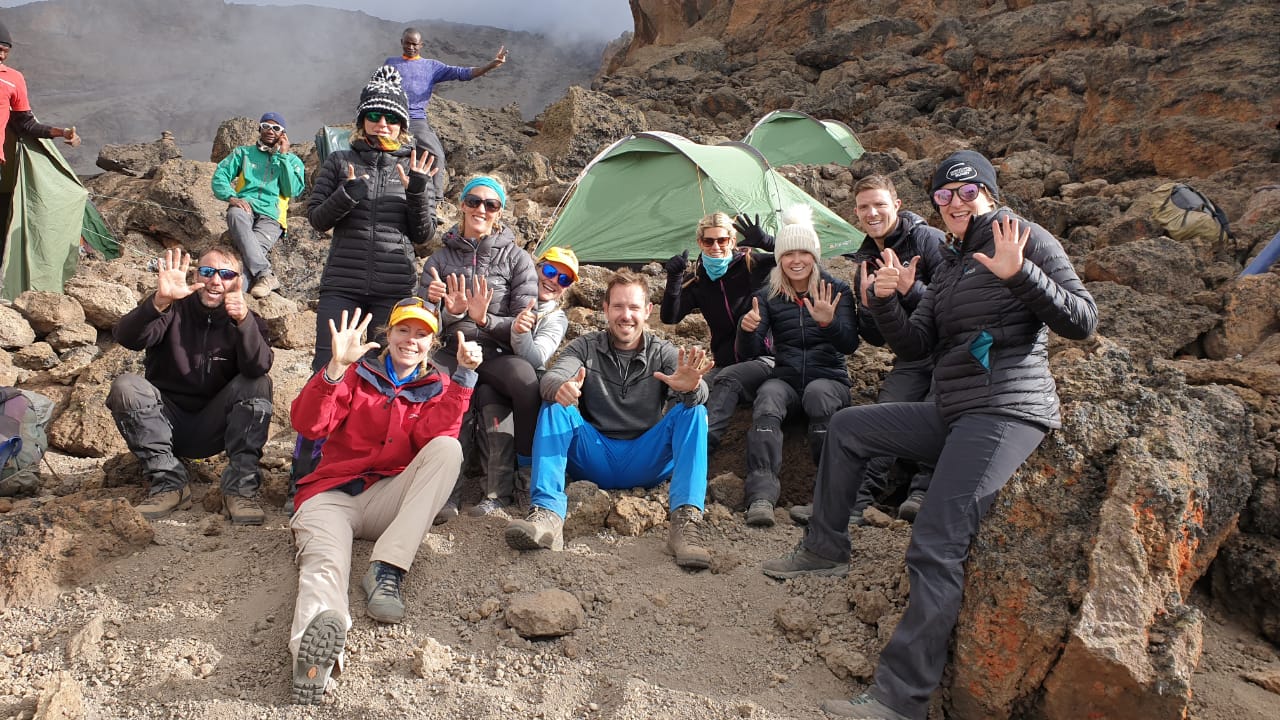